Choosing a tripod is not an easy as a task as you might think.

There’s a bunch of variables that you will want to consider before going out and buying a tripod. Here’s a short list of things that you might want to consider, I’m sure there are more, but these are at the top of anyone’s  list.

There are hundreds of tripod types, manufacturers and permutations of these tripods out there.

Yes, as pictured above, they also make them for cellular telephones as well.

The obvious reason is that you need more stability, probably because of a lower light situation.  The next is that sometimes, you just can’t hand hold your camera, maybe you want to be in the shot yourself.  There’s many reasons.  This is just a couple.

When looking for a tripod, the one thing that I have to make a suggestion is, go to a place that has staff knowledgeable about tripod and have them out on display, so they can let you try them out with your camera.  I really hate it when I go somewhere and they can’t even be bothered to take it out of a box to see if it is suitable for your camera.  The staff at Henry’s are VERY knowledgeable about tripods and they will spend time with you find the right tripod for you.  Most of their stock is on display, so you can go ahead and use them to see if they are suitable for your needs.  For those of you in the United States, Henry’s does do ordering to the US, but I would recommend B&H Photo, they are based in New York city, but also do have an online store.

Another place you might want to check out is a store that specializes in tripods for optics, like an astronomy store.  The staff at Focus Scientific will know all about tripods and the best one for your setup.  Especially since they deal with large telescopes.

You’ll want to consider a tripod that will allow you to replace the head on the tripod.  Why?  Well consider the following; What type of camera do you have?  Do you have a battery grip that allows easier use for portrait shooting (as opposed to landscape)?  Do you have a larger lens that needs a tripod mount itself?  How heavy will your entire set up with your heaviest lens be at one time with flash?

Since my lens needs to use a tripod mount itself and I have a battery grip.  I found that the Pan Tilt head from Manfrotto I had was a little cumbersome and the knobs actually got in the way, when trying to mount the camera.

As it is described, it pans (side to side) and tilts (up, down, vertical, and horizontal).  Don’t get me wrong, this was a great head for when I was starting.  It featured a quick release plate and a bubble level.  I would definitely recommend this one.  It will hold up to 4kg.

However, I needed something that would suit my needs. 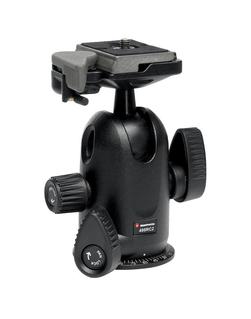 This ball head will hold up to 8kg and has variable positioning to allow for my lens, battery grip and camera.  It is also an inexpensive head as well.

Okay, now that has been taken care of.  Onto the tripod itself.

There are various types of manufacturers out the and they have various tripods out there.  Unlike some of my friends out there, they  went cheap and just bought joe blow tripod, because of cost.  Well, remember, you get what you pay for.  If you don’t have a huge set up and just have a little point and shoot camera, this will probably work out.  However, if  you have an  SLR camera. I really don’t recommend that you buy a cheap tripod. 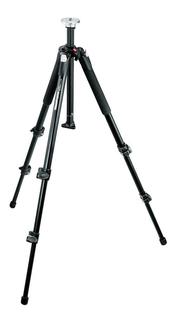 My 190XB is made of tubular aircraft aluminum, holds up to 5kg, and weighs 1.8kg  I do plan on upgrading this, one day to Carbon Fiber which will make it light.

There’s different types of aluminum tripods out there.  Don’t be fooled.  A lower grade aluminum tripod is VERY different from a Manfrotto aluminum tripod.  Compare the two metals, you’ll see.  Some manufacturers use thin aluminum and bend it in a way to give it more stability.  But it can’t beat out a thicker material that was ‘engineered’ to be sturdy.  Again, you get want you pay for.

Once you think you might have selected a tripod for you, have the sales person set it up in store.  Once done, put your fully set up camera on it.  Then do what I call, the ‘flick’ test.

This is when you pretty much ‘flick’ the end of your lens (without damaging it, obviously) and see how much your camera moves on the tripod and how long it takes to stop.  If it moves very little and stops in a really short time, then this might be the tripod for you.

You may also want to consider a tripod with a center column, this will allow you to raise and lower camera to your eye height.  However, try to choose a tripod that is closer to your own height.  Raising a centre column adds to more instability.

Hopefully I’ve been able to give you enough information to help you in find a tripod.  Be prepared to spend anywhere from $50-$2000 for your tripod.  I would recommend the Manfrotto and Gitzo line of heads and tripods.  However, if you choose to go cheap, be prepared to be disappointed sometimes.  Buying the perfect tripod, good luck, it doesn’t exist.  Buying a tripod is more or less a compromise.  You just have to find the best one out there for you.

Now get out there and have fun…!